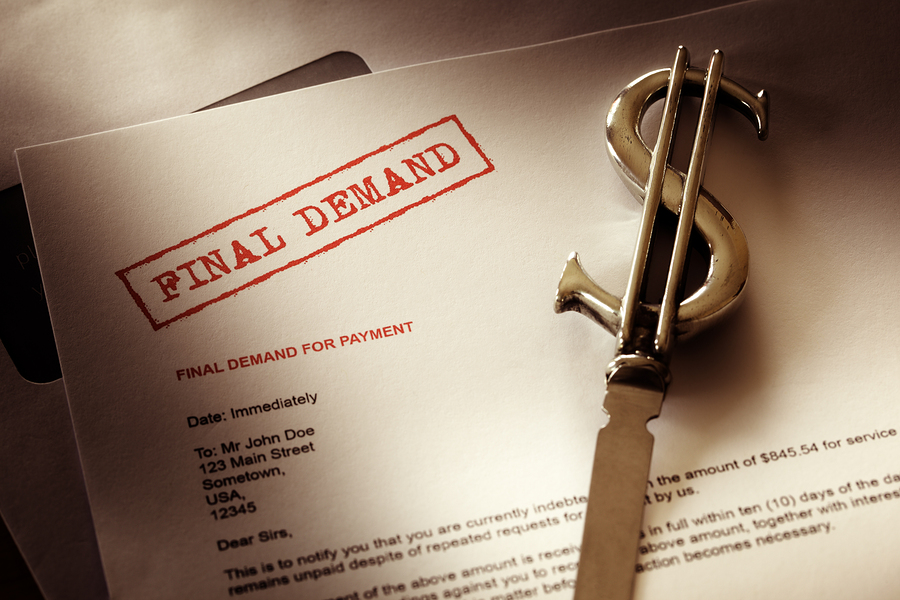 Many of the telephone calls we receive are because people have been sued for an unpaid credit card or medical bill, either by the original issuer or by a debt buyer. The first indication a consumer may have that they have been sued is when they receive advertisement letters from lawyers telling the consumer that a lawsuit has been filed. In many cases, folks receive these letters before the process server has attempted to deliver a copy of the lawsuit.
This article will provide helpful information that explains generally how lawsuits for unpaid debts work and the options that people may have when dealing with these types of lawsuits. I will first describe the stages of a lawsuit for unpaid debt and then the possible resolutions of a lawsuit for unpaid debt.
The Lawsuit Process in Houston

The first step when a lawsuit has been filed for unpaid debt in Houston is what is called “service of process.” This is pursuant to Texas Rule of Civil Procedure 106. This is a fancy way of saying that the creditor will try to hand you the lawsuit. This is accomplished by the creditor hiring a constable or private process server to deliver the lawsuit to your last known address. If you have been sued for an unpaid debt and see a constable knocking on your door, they are probably just looking to hand you the lawsuit. If they visit when you are not home, the server will often times leave a door hanger or a business card with their contact information.
There is a common misconception that if the creditor cannot hand the lawsuit to you, they cannot proceed with the lawsuit. If the server cannot find you because they have an incorrect address or because they visit your home when you are at work, they will report their findings to the lawyers on the case. The lawyers can then get permission from the judge to use a substituted method of service pursuant to Texas Rule of Civil Procedure 109a. Alternative methods of service can include leaving the lawsuit with anyone over the age of 16 at the last known address or affixing the lawsuit to the door of the last known address. The important thing to remember is that the lawsuit can proceed without the creditor having to place the lawsuit physically in your hand.

Once a lawsuit has been properly served, that starts the clock ticking on the lawsuit itself. Depending on which court the lawsuit has been filed in, the Defendant (person being sued) will have a certain number of days to “make an appearance” or “file a response.” However the citation is worded, a reference is made to timely filing a written response with the court. A written response is not required to be filed, but failure to timely do so could limit your rights in a case and lead to a default judgment being entered against you.

Whether a response is filed or not, the specific manner in which a case proceeds depends on the lawyer(s) handling the case. Eventually the case will come to a final ruling when the judge decides a “Motion for Default Judgment,” a “Motion for Summary Judgment” or a trial is held. A lawsuit for an unpaid debt boils down to two questions: (1) Does the Defendant (person being sued) owe the Plaintiff (person/company doing the suing) money for an unpaid debt (yes or no) and (2) if “yes,” how much does the Defendant owe? The ability to repay a debt is not relevant to whether the debt is legally owed or not. When the judge decides a debt is owed and how much is owed, the judge will then sign a “judgment” ending the lawsuit.

Once a creditor has secured a judgment, it is then up to the creditor and their lawyers to try to collect on the debt. In Texas, creditors have several common options to try to collect on their judgment. A creditor can file an ‘abstract of judgment’ in the county real property records. An abstract of judgment can cause a headache when trying to buy or sell a home. Judgment creditors cannot garnish your wages in Texas (with a few exceptions), but they can garnish any bank account that has the Defendant’s name on the account. A judgment creditor can also seize any non-exempt property. Non-exempt property may include rental properties, bank accounts, stocks, bonds, boats and other items of property (this is not an exhaustive list and property exemptions depend specifically on a person’s factual situation).
Common Options When Dealing With a Lawsuit for Unpaid Debt in Houston

Sometimes, folks may read about ignoring lawsuits because they have been told they are “judgment proof.” Very few people are truly judgment proof. Creditors may seize any non-exempt asset to try to satisfy their judgment. A judgment is valid for 10 years in Texas and can be renewed. In Texas, most bank accounts are non-exempt (one exception would be if the only money in the bank account comes from social security income). So while paychecks cannot be garnished by a lawsuit creditor, once the money hits the bank account it is fair game for the creditor to take.
A second issue with ignoring lawsuits is the continued stress – you may still receive calls, letters and a possible visit from a sheriff or constable with a “writ of execution” (even if you have nothing that the sheriff can take).

Sometimes there may be a valid legal defense to the lawsuit – if, for example, the account was a result of identity theft, if you are being sued by a debt buyer or if the “statute of limitations” has run. A valid legal defense, properly asserted, can result in a lawsuit being dismissed with prejudice, meaning the debt cannot legally bother you in the future.

Whether bankruptcy makes sense for you or not is outside the scope of this article. However, if you do file a bankruptcy, the underlying debt will usually be discharged and the judgment lien can be avoided by the bankruptcy judge.
Summary
Lawsuits for unpaid debts in Houston can be complicated and it usually makes sense to at least have a consultation with a local attorney about your options. You may have a valid legal defense to the lawsuit, you may be able to settle the lawsuit or bankruptcy may be an option.
The information contained in this blog is for general information and educational purposes and is not legal advice. Reading these posts does not create an attorney/client relationship.

PrevPreviousCommon Questions and Misconceptions About Debt Collections in Texas
NextYour Exempt Property Is Safe In A Bankruptcy, Or Is It?Next