You are here: Home » Your Exempt Property Is Safe In A Bankruptcy, Or Is It?

Your Exempt Property Is Safe In A Bankruptcy, Or Is It? 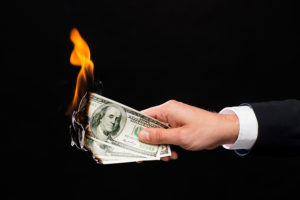 There have been some drastic changes over the interpretation of the laws called exemptions in the Fifth Circuit over the last few years. These changes have been even more pronounced in the Southern District of Texas (which covers Houston).

It Started With Frost

The case that kicked off the changes was In Re Frost, 744 F.3d 384 (5th Cir. 2014). In this case the Debtor sold his homestead while he was in a Chapter 13 bankruptcy. The Texas Property Code Section 41.001(a) provides that a homestead is exempt from a bankruptcy estate. The exemption becomes limited, however, when a homestead is sold. Texas Property Code Section 41.001(c) provides that the proceeds from the sale of a homestead are only protected for six months from the date of the sale. After 6 months, if the proceeds are not invested in a new homestead then the sale proceeds are no longer exempt.

The Debtors did not reinvest the approximate $81,000 sale proceeds in another homestead within six months and the bankruptcy court ruled that when the sale proceeds lose their exempt status, the now non-exempt cash must be distributed to the Debtor’s creditors. On appeal the Fifth Circuit held that although exemptions are fixed as of the date the petition was filed (the ‘snapshot’ rule), if the characteristic of the property changes then it loses its exempt status. The court indicated the snapshot rule does not apply to post-petition homestead sales. In this case, the exempt homestead became exempt sale proceeds, which became non-exempt cash.

The Rule Was Applied To Chapter 7s With Smith

Many Debtor lawyers disagreed with the First case and assumed it could not, would not, apply to Chapter 7 bankruptcies. It was applied to a Chapter 7 bankruptcy in In Re Smith, 514 B.R. 838 (Bankr. S.D. Tex 2014). In this case, the Debtor filed a Chapter 7. The case was determined to be an asset case (meaning the case would be held open for a period of time while assets are turned into cash and distributed to creditors). The Debtor was granted a discharge and sold his homestead approximately two months after his discharge. Because the case was an asset case, the case was still open when the homestead was sold. The Debtor did not reinvest the proceeds of the sale of the homestead. The Trustee argued that the now non-exempt sale proceeds should be an asset for distribution to creditors.

The court reasoned that at the time the case was filed, the bankruptcy estate contained a prospective and contingent asset – the proceeds of the sale of the homestead if not reinvested within 6 months of the sale date. The court reasoned (examining several cases) that the 5th Circuit’s holding in Frost was not limited to Chapter 13 cases. The court then examined if the Debtor’s discharge would protect the sale proceeds. The court held that the estate is entitled to any and all non-exempt property as long as the case is open. Once the case is closed, all property is abandoned and not subject to administration. The court specifically noted, for example, if a homestead is sold during an active Chapter 7 but the case closes before the 6-month window closes, the proceeds would be the Debtor’s.

The Rule Was Applied To IRA’s With Hawk

In the Chapter 7 case, In Re Hawk, 13-37713 (Bankr. S.D. Tex 2015), the Trustee filed a no-asset report and the case was held open due to a creditor objecting to the Debtors’ discharge. Sometime both before and after the no-asset report was filed, the Debtors liquidated an IRA approximately worth $30,000. Once the Chapter 7 Trustee learned of this, the Trustee demanded turnover of the funds.

If you’re a practitioner or Debtor in The Fifth Circuit, or especially in the Southern District of Texas, you should avoid any sale, liquidation, transfer, donation or giving away of any assets until the bankruptcy case is CLOSED.

My office as well as several Chapter 7 Trustees now have Debtors sign an acknowledgement that the Debtors understand they are ‘prohibited’ from liquidating property – and, in the case of an emergency, to tell your lawyer 30 days before doing so (and the lawyer is then to inform the Trustee).

If a client in bankruptcy in Houston calls asking to sell their home or cash in their retirement funds Debtor lawyers need to warn their clients of the risks of doing so and the lawyer should contact the Trustee to discuss this issue prior to the sale. Seeking a comfort order from the Court may also be advised (for example, if a homestead MUST be sold filing a motion to sell the homestead with a provision in the order explicitly asking to use a certain amount of the proceeds for relocation expenses).

In summary, Debtor lawyers in the Fifth Circuit need to be aware of these cases and the ongoing development of this line of cases. Debtors need to be advised accordingly before, during and after their case. Debtors liquidate their property during the pendency of a bankruptcy at their own risk.