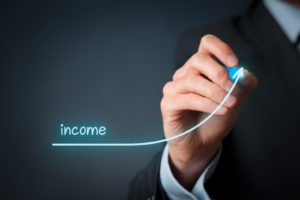 Periodically, the ‘median income’ numbers are adjusted by the U.S. Census Bureau and published by the office of the United States Trustee. Median income is roughly the amount of money that an average family makes annually on a state-by-state basis.

The numbers in Texas will be increasing as of November 1, 2015, as shown on the below chart:

This change can affect both people about to file Chapter 7 bankruptcy and people about to file Chapter 13 bankruptcy. In Chapter 7 cases, a bankruptcy analysis usually begins by comparing the household income (based on the previous 6 months) to the median income. For a person whose household income is over the median income, the ‘Means Test’ (a government test beyond the scope of this post) gets more complicated, and the person may or may not be eligible for a Chapter 7 bankruptcy.

So what does the increase in median income mean for folks considering filing bankruptcy? For some, it may mean they now qualify for a Chapter 7 bankruptcy when they did not previously qualify based on their household income. For others, it may mean they will be able to file a shorter Chapter 13 bankruptcy plan or pay less per month in their Chapter 13 bankruptcy. The impact of these numbers is not quite that simple, but the overall impact is good for consumers who are in need of the financial fresh start provided by filing bankruptcy.

The new numbers for all states can be viewed on the U.S. Department of Justice Website.