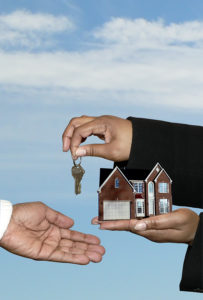 Why is a mortgage company’s failure to file a proof of claim a problem? Debtors frequently lack the necessary information to create an accurate proof of claim for their mortgage. Credit reports and old statements contain outdated information. If the debtor relies on an incorrect proof of claim and years later the mortgage holder tries to assert different numbers, the debtor’s bankruptcy could be thrown into chaos or at least result in an ugly fight.

Ocwen argued that the late filed proof of claim should be allowed under an ‘excusable neglect’ test, or in the alternative that the objection to confirmation of the debtors’ plan should be considered an informal proof of claim.

The court explained that claims are controlled by Bankruptcy Rule 3002(c) and that the deadline is 90 days after the first date set for the meeting of creditors. The court held that excusable neglect was not one of the enumerated exceptions to the 90-day deadline.

The court then analyzed a five prong test often used in the Second Circuit when considering whether Ocwen’s objection to confirmation of the debtors’ plan constituted an informal proof of claim. Taking a totality of the circumstances approach, the court explained the purpose of the doctrine was to allow a deficient or defective document to serve as a proof of claim and not to allow a nationwide mortgage servicer to have an altogether different filed document count as an informal proof of claim.

Finally, the court analyzed whether Ocwen should be permitted to file an amendment to the debtor-filed proof of claim. The court noted that the Advisory Committee to the 2005 change to Bankruptcy Rule 3004 left the decision open to the courts, and this court decided that Ocwen would not be allowed to amend the debtor-filed proof of claim because the debtors and their plan of reorganization would be prejudiced by an amendment.

So what does this decision mean? First and foremost, not much to those of us living in Houston, as this was a case out of the Second Circuit and Houston is in the Fifth Circuit. It will be interesting to see if this decision is appealed, and if appealed what the District Court decides. For the debtors it means during the life of the bankruptcy case, the mortgage company will be paid $1 from the debtors’ bankruptcy plan.

The big question is what will happen at the end of the bankruptcy case (if not much sooner)? The court noted that Ocwen’s lien passes through bankruptcy unchanged and that Ocwen may rely on its lien against the home for satisfaction of the debt. Several crucial questions are left unanswered as a result of this decision. Can Ocwen file a Motion for Relief from the Automatic Stay seeking to foreclose on its lien during the bankruptcy? The debtors, after all, are not paying in accordance with the terms of the lien. If Ocwen waits until the end of the bankruptcy, will the judge grant a ‘deem current’ order, stating that as of the end of the bankruptcy the mortgage is current? How far will Ocwen go to oppose this relief? If a deem current order is granted, will this affect the lien? If Ocwen tries to foreclose on its lien after the discharge has been granted, will this be a violation of the discharge order?

At a brief glance, this decision seems like a big win for the debtors – they get their home for $1. This, however, is not the case. I believe that the debtors will be living with uncertainty – will the mortgage company try to foreclose soon? At the end of the bankruptcy? After the bankruptcy is over? They simply will not know.

While one hopes that the mortgage company would find an amicable and economical solution to get the debtors back on track with their mortgage, I believe it is more likely that the mortgage company will proceed with an all or nothing mentality. While this decision was a slight step forward in debtors’ rights, this decision does little to help force mortgage companies to participate in the Chapter 13 bankruptcy process by filing accurate and timely proofs of claim. Only time will tell how this particular story will end.

The full opinion can be found here